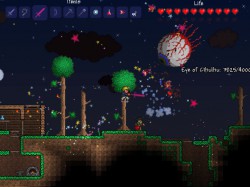 The kid’s been sick since Saturday. Nothing serious, a slight fever with a sore throat. On Sunday night he had a mild rash on his chest so we decided to keep him home from school on Monday, just in case.

Well, I had planned on writing on Monday. Do you have any idea how difficult that is with a talkative, mildly energetic seven year old? He was less energetic than usual, a sure sign that he wasn’t feeling good. We decided – he coerced, I caved – to play Terraria. He knows I can’t play long hours on Minecraft because of my vertigo. It seems I don’t have those issues with Terraria. Maybe it’s because of the sidescrolling nature of the game.

Either way, we spent about five hours on Monday playing and five hours today. Don’t judge! He didn’t have any school today because they’re doing a re-organization. We wanted to get a hard mode server going and damn, that takes a lot of work. First though I needed Lava Waders. After hours of searching different chests, my husband found the Water Walking Boots and then a Lava Charm. Combine them with an Obsidian Skull and voila, I can now walk on lava. Yay!

It’s hard to believe how additive this game can be. You think, “I’ll do an for an hour or so. No big deal.” and then bam! It’s several hours later and you have no idea what’s for supper. We had homemade pizza, by the way. *laughs*

The worse thing, though, is that I want to load up the game and play some more. I’ve got the housing done for the hard mode server, so now I need to make a hell-avator – elevator into Hell – so it’s easier to defeat the Wall of Flesh.

Screams, some harsh and loud, others a wailing against death, filled the air. People were hurt, shocked at such an outcome. The ghosts swarmed the town, taking advantage of the confusion their cannon had caused.

Bones yelled orders, searching for the humans who might fight back. Many would not, though, their spirits broken along with their homes and bodies. Jade and Chet both sped through the air, abandoning the cannon. It had no use now. It had served its purpose.

“Bring the leaders to me. I will make an example of them!” Bones commanded. This town was his and no one would dare to fight back. Not after he showed them the price of disobedience.

Within the hour, a mass of bodies huddled in the town square. An unending moan of pain vibrated from them. The leaders, three of them, knelt before Bones with straight backs and lifted chins.

One of them, a tall man with a shave hair and a scar running down his face, spat on the ground at Bones’ feet and sneered, “This is our town and we will take it back.”
Bones laughed as he floated closer. The power of the lay lines boosted his own natural power. So much strength and a near limitless source of energy. This, this was the true reason why the ghosts wanted the town. They would have no worries of fading away, groundless to this plane. No, the lay lines would feed them for centuries or more.

“This is our home now. I’d suggest you humans get used to that idea. We will not leave. Try to force us and you will find just how dangerous of an enemy we are.” Bones floated closer and, in a blur, slammed his essence into the human’s body. Had the man been expecting such an action, he might have succeeded in blocking Bones. Instead, he lost all control of his body.

Bones settled, adjusting to the unfamiliar weight. He curled his borrowed lip in disgust. So limited and lacking. Had he really lamented the loss of his body after death?

He turned to the assembled mass, lifted the arms high and shouted, “We can control you, control your bodies anytime we choose. There is no way of stopping us. Just think of the damage we could do to your fragile shells. Take you to a cliff and jump off. Put a gun to your head and pull the trigger. Kill your loved ones. And we wouldn’t take any damage. Either bow before us or leave. This is your only chance.”

Silence descended. As one, the humans bowed down to their new rulers. Several fell, unable to stay upright due to broken bones. They made no move to pick themselves up. Bones flicked a sharp glance to the two leaders and both grudgingly dipped their heads. He made a mental note to keep an eye on them.

With a quick push, Bones exited the human, grateful to leave behind the cumbersome reminder of mortality. Chet and Jade flanked him, a show of power and solidarity. The rest of the ghosts gathered behind them and cheered.

This was their town.

“The cannon is set up and ready for use, Bones.” Jade’s usual high pitched tones were hushed. For once, she showed proper respect for their mission.

“Good. While they sleep, all snug in their warm beds, we attack. Cut them down before they can rally against us.” Bones snorted with laughter. “Then again, these humans have no idea how to fight us. They’re pathetic. We’ll have the town before daybreak.”

Chet floated closer to Jade and stared longingly at the sleek piece of technology. Bolted to the ground, its black body blended into the surroundings. He said, “I’ll use the cannon while you two lead the charge. The others need to see their leader out front.”

Bones nodded and turned away from the weapon. Several hundred ghosts hid behind the hill, waiting for instructions, anxious to finally claim land as their own.
His voice rang out, clear and crisp. “On the count of ten, the cannon will fire. It will knock the humans flat on their asses, leaving them vulnerable to us. Do not kill if you can avoid it. We don’t want any vengeful ghosts disrupting our plans.”

Facing the town, Bones lifted his arm and counted down. When he reached one, he dropped his arm. The cannon fired, releasing a sonic charge designed to attach the human nervous system. The ghosts cried out and swarmed over the hill.

Ahh, minecraft…  my child’s current obsession. And he’s dragged me along with him. When he first told me about it (at five years old), I was hesitant. He’d found the game on youtube and watched hours upon hours of videos. Not all at the same time, mind you. He needed some time to convince me to get him this game. 😉

So, caving to his highly intelligent tactics of “Please, mommy, please?” with some adorable puppy dog eyes, we bought him a copy of minecraft. And holy crap, that game is not intuitive at all! Make a torch? Pssh! Figure it out. Want some stairs? Good luck! My poor husband had to play the game and spend time tracking down recipes. It was such a hardship for him, especially when he told me he needed his own copy. Less than a year later, I needed my own copy. It was no longer fun playing alone. I wanted access to the server a friend was renting.

Some days, the three of us will play on the server. Most days though, it’s me and my little monster, hacking away at creepers, building anything that catches our fancy and creating farms to feed us. And then there are the times he “punks” me. Currently, I have cakes lining my walkway and cows jumping on my bed.

He learned how to read thanks to minecraft. Or at least the bigger words. Cobblestone, redstone, netherrack. Shocked me when he picked these words out with ease. And so damn proud too. We’re a reading family as well as gaming. Yep, some days I feel like I’m not screwing him up. 😉

“Well, what did you learn?” Chet asked.

“I forgot how easily distracted humans are. Were we like that? Centuries of death has burned away the memories.” Bones lamented.

“We were all like that. The living doesn’t realize what they have. They squander it with pettiness. It matters not. We will take the town from them.” Chet floated above the chair, not caring how it look to others. He no longer maintained any human pretenses.

“And the weapon is ready?” Bones pulled his wandering thoughts away from the humans. They were merely obstacles to overcome. The town will belong to the ghosts, making slaves out of any who stay behind.

“Yes, the weapon is ready. Jade tested it earlier today”

“Good, we use it tonight. I want the town cleared so we can take over. I want the magic.” Bones drifted away from Chet, his mind consumed with the unlimited energy hiding within the earth beneath the town. The stupid humans couldn’t feel the power, had no clue what they’d built their houses upon. Bones knew. And nothing would stop him from gaining control of it.

My six year old son wanted me to write him a ghost story. He gave me the plot and the characters. I filled in the rest. And he’s demanded for me to publish the story. So for my hard task master of a child, I’m putting it on my blog. Enjoy!

The ocean breeze drifted across the rocky shore bringing with it the tang of salt and a hint of burning firewood. Bones squatted next to a downed tree, it’s rotting trunk perfect cover for him. It wasn’t often he tried consciously to hide from others as it came naturally to him. Bones had no corporal form, a ghost in more simple terms.

The ringing of metal against metal held his attention. Two humans fought near their campfire, slashing each other in earnest. Shouts and grunts accompanied every clang. Other humans circled around them, their yelling indecipherable and paper clutched in their tight fists.

One of the fighters slipped, dropping to one knee. The other man took advantage and pressed the tip of his blade against the fallen opponent. Silence descended upon the crowd, eyes riveted.

“Yield or die!” The victor’s voice boomed across the distance, travelling to Bone’s ears with ease.

After a moment’s hesitation, the defeated human flung his sword to the side. Cries rose from the crowd, some jubilant, others angry. Paper exchanged hands.

Bones slipped further behind the tree, not wanting the humans to catch sight of him. Many walked away from the fire, disgusted. 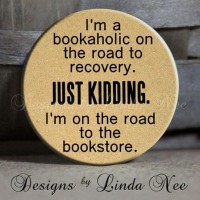 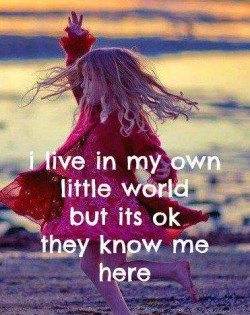